Belgrade Economic Forum: Financing infrastructure projects in the Western Balkans should be a key priority of EU investments in the region

n 4 and 5 October, the Belgrade Economic Forum took place and panelists discussed different economic issues in Serbia and the Western Balkans, such as foreign investment, digitalisation and the financing of large infrastructure projects. What role do European institutions play in the latter and what impact have such projects? 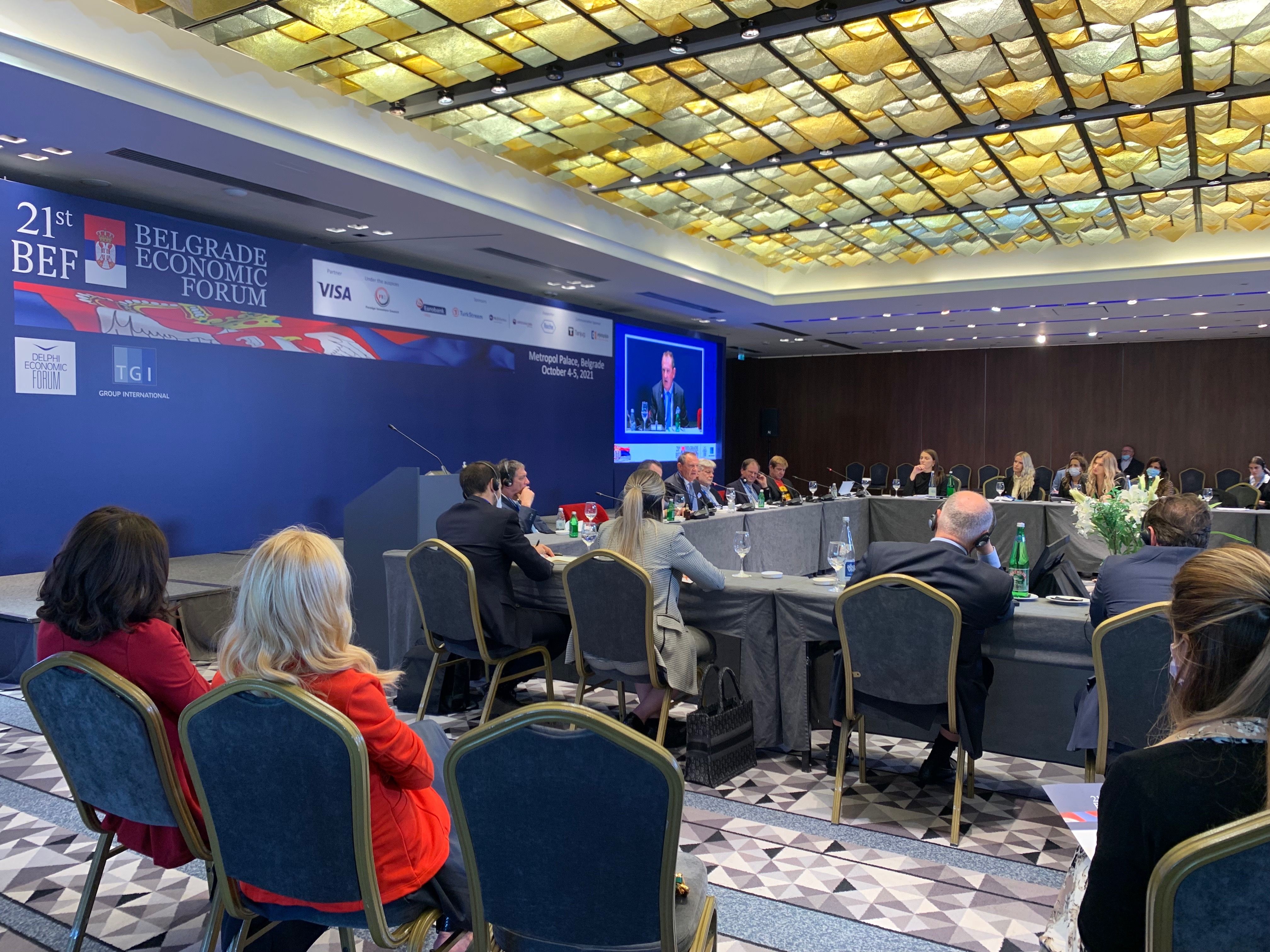 Alessandro Bragonzi from the European Investment Bank (EIB) announced that the European Union will invest around 30 billion Euros combining IPA funds and the Economic Investment Plan (EIP). And while EIB provides technical support in cooperation with the European Commission, the recipient countries are responsible for using the funds for good-quality projects.

Guillaume Le Bris from the European Bank for Reconstruction and Development (EBRD) said the organisation is active in the decarbonisation of public transport in the region and that it is working on a program that fosters usage of renewable energy in different cities in Serbia. EBRD ensures that all projects are in line with Paris Agreement and have a green component and that after decades of neglecting railway transportation, it is now a key priority of EBRD.

The European Union provides large financial resources for infrastructure development not only in the Western Balkans. The Ambassador of Poland to Serbia, Rafał Paweł Perl, shared Poland's experience with infrastructure projects since joining the EU in 2004. He highlighted that the extensive investments in infrastructure in Poland had a remarkable macroeconomic and transformative impact. Especially local governments could profit from the influx of EU funds that they could use for their local projects. Additionally, Perl highlighted that for every euro the EU invested in infrastructure in Poland, 0.75 cents went back to businesses in the member states. So, the EU also has a financial interest in investing in infrastructure in the Western Balkans. However, spending EU money comes with certain conditions and requires strong administrative capacities on all administration levels, from national to local government.