For two years now, Bulgaria has blocked the opening of EU accession negotiations with North Macedonia because of national identity issues. With the recent inauguration of new prime ministers in both countries, there seems to be some new momentum in Bulgarian-Macedonian relations. Will the governments in Skopje and Sofia manage to reach a compromise? 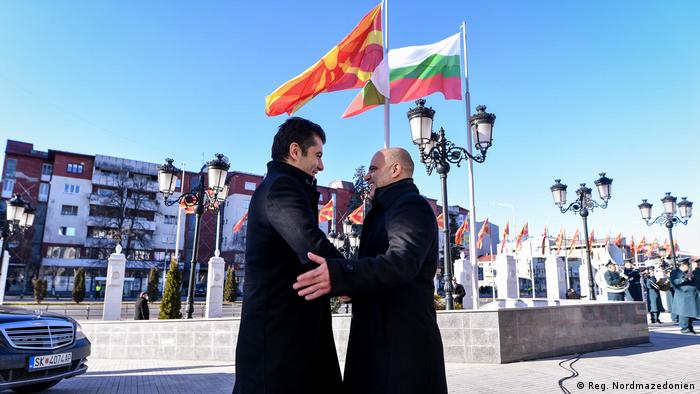 On 18 January, the new Bulgarian Prime Minister Kiril Petkov visited Skopje, two days after his Macedonian counterpart Dimitar Kovačevski was inaugurated. At the press conference that followed, the tone was remarkably optimistic and conciliatory. As a sign of goodwill, Bulgaria agreed to drop its claims that the name “North Macedonia” implicates territorial claims against Bulgaria and accepted the use of the name North Macedonia in international organisations. In return, Skopje has already sent a verbal note to the United Nations, assuring that the short version of the full name Republic of North Macedonia does not imply in any form or way that Skopje has territorial claims on Sofia’s territory.

“I think that what we achieved at our first meeting should signal that we are ready and willing to completely change the meaning of good neighbourly relations,” Petkov said during the press conference.

Both governments agreed to improve closer cooperation instead of focusing on unresolved historical disputes. One week later, at a joint session in Sofia, they have formed new working groups in five areas - economic issues, trade, education, European integration, culture and history.

“We believe that these are areas that are more important for the future of citizens of all ages, but especially for young people. These working groups will include not only politicians, but also representatives of the areas to which they relate”, Kovačevski said.

And Petkov and Kovačevski probably feel more comfortable discussing economic matters than identity issues, since both are former entrepreneurs. The hope is that the two countries will grow closer over mutual economic cooperation, trade and infrastructure projects.

A clear signal in this direction is the plan to establish a commercial airline between Sofia and Skopje within the next 60 days and to link rail connections between the two countries. At present, there is neither a railroad nor a regular flight connection between Skopje and Sofia, although only 200km separate the two capitals from each other.

Despite the recent progress, the situation remains fragile. Sofia insists that the ethnic Bulgarian minority in North Macedonia must be constitutionally recognised - just like other minorities in the country. However, the government in Skopje currently lacks the necessary two-thirds majority in the parliament to fulfil that Bulgarian request. And just like the only existing transport route between Sofia and Skopje, the road to a compromise is likely to be a bumpy one.