Do we need an alternative EU accession process for the Western Balkans?

Since the EU enlargement process has come to a standstill, think tanks, in particular, have been thinking about how to change the process itself. One possibility is to introduce intermediate goals, such as accession to the EU single market or gradual accession. Here we present the two ideas. 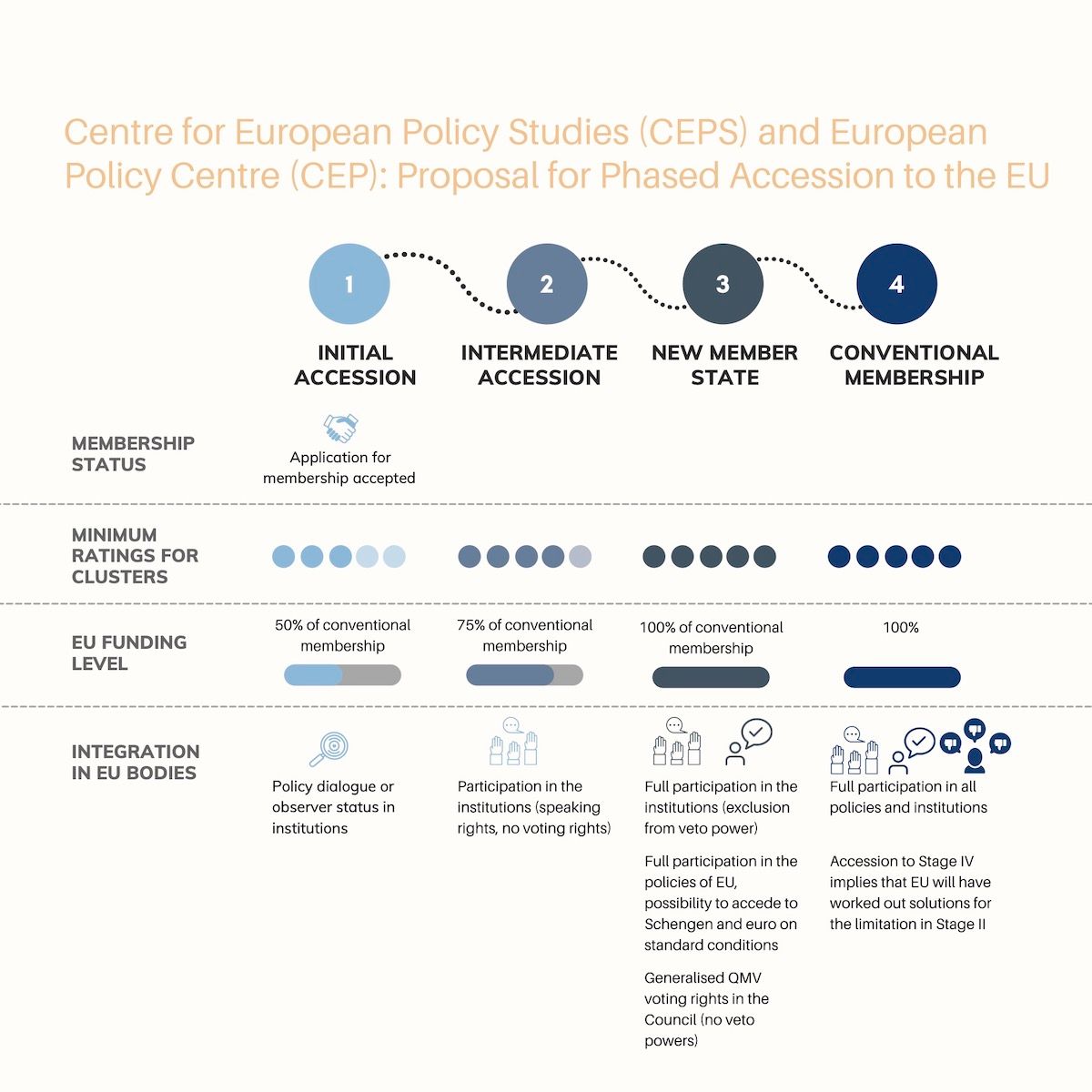 Even after the European Commission published the enlargement package for the candidate countries, there is hardly any more momentum in the enlargement process. Although the Commission recommended opening two more clusters with Serbia, accession negotiations with Albania and Northern Macedonia have still not started.

Recently, there have been increasing calls for an alternative accession process to give the Western Balkans region a credible EU perspective and to restore the EU's influence in the region. Such a process envisages interim goals that gradually integrate the Western Balkans into EU institutional structures, such as the single market, and lead to EU membership in the long term.

For example, Gerald Knaus, Founding Chairman of the European Stability Initiative, argues that offering the region membership in the single market would restore the EU's influence on the rule of law. The countries would have to show a track record to become members, and would not be able to enjoy the benefits if there was backsliding.

The Centre for European Policy Studies (CEPS) and the European Policy Centre (CEP) also recently outlined the plan of phased membership for the Western Balkan countries: "The main idea is to break away from the present binary procedure of 'in' or 'out' and to have set stages in the process [...]". CEPS and CEP propose four stages, the last of which is conventional EU membership: Initial accession stage, intermediate accession stage, new membership stage and conventional membership stage. The basic features of the existing enlargement system are maintained, in particular, the 35 chapters of the EU acquis. And with each new status comes progressively more rights, funds and obligations for the candidate countries. This gives them and the EU more room to reward small successes while the lack of progress does not automatically lead to more stalling in the whole process.