Germany's Foreign Minister Annalena Baerbock began her trip to the Western Balkans in Bosnia and Herzegovina with further stops in Kosovo and Serbia. She spoke out favouring closer ties between the region and the EU. 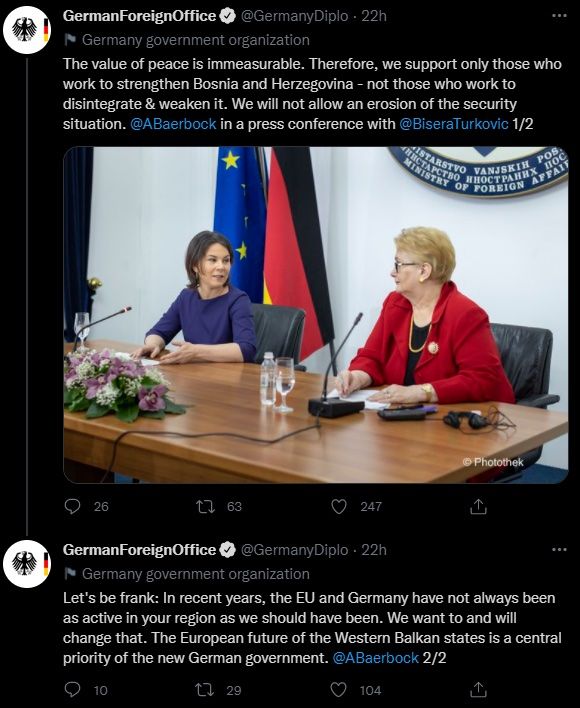 Baerbock's visits, especially to Bosnia and Herzegovina and Kosovo, are directly related to the war in Ukraine. Both countries are in a similar situation as Ukraine, with Serbia desiring parts of them supported by Russia. Before her trip to the region, Bearbock said that "today's peace in the Western Balkans might not be perfect - but it is precious". She admits that

"we have disappointed and neglected many of these countries in recent years."

In Sarajevo, Baerbock told her Bosnian counterpart Bisera Turkovic that "the EU and my country have not always been as active in your region in recent years as we should have been". And promises: "We want to and will change that."

The two foreign ministers have agreed that the process to approve Bosnia-Herzegovina's status as a candidate for European Union membership must be accelerated considering Russia's invasion of Ukraine, reports Radio Free Europe. "Turkovic said achieving candidate status would help consolidate Bosnia's stability amid attempts by Serbian separatists to push for the secession of the Bosnia's Serb entity, Republika Srpska, with Moscow's tacit approval."

In the future, she said, support would only be given to those who wanted to strengthen the country and not to those who tried to weaken and destabilise it. 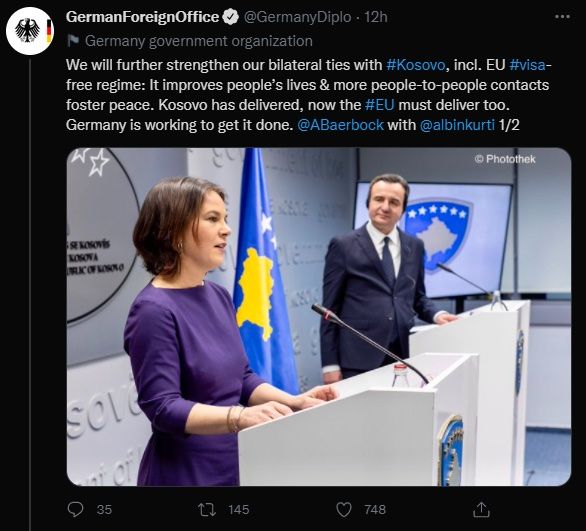